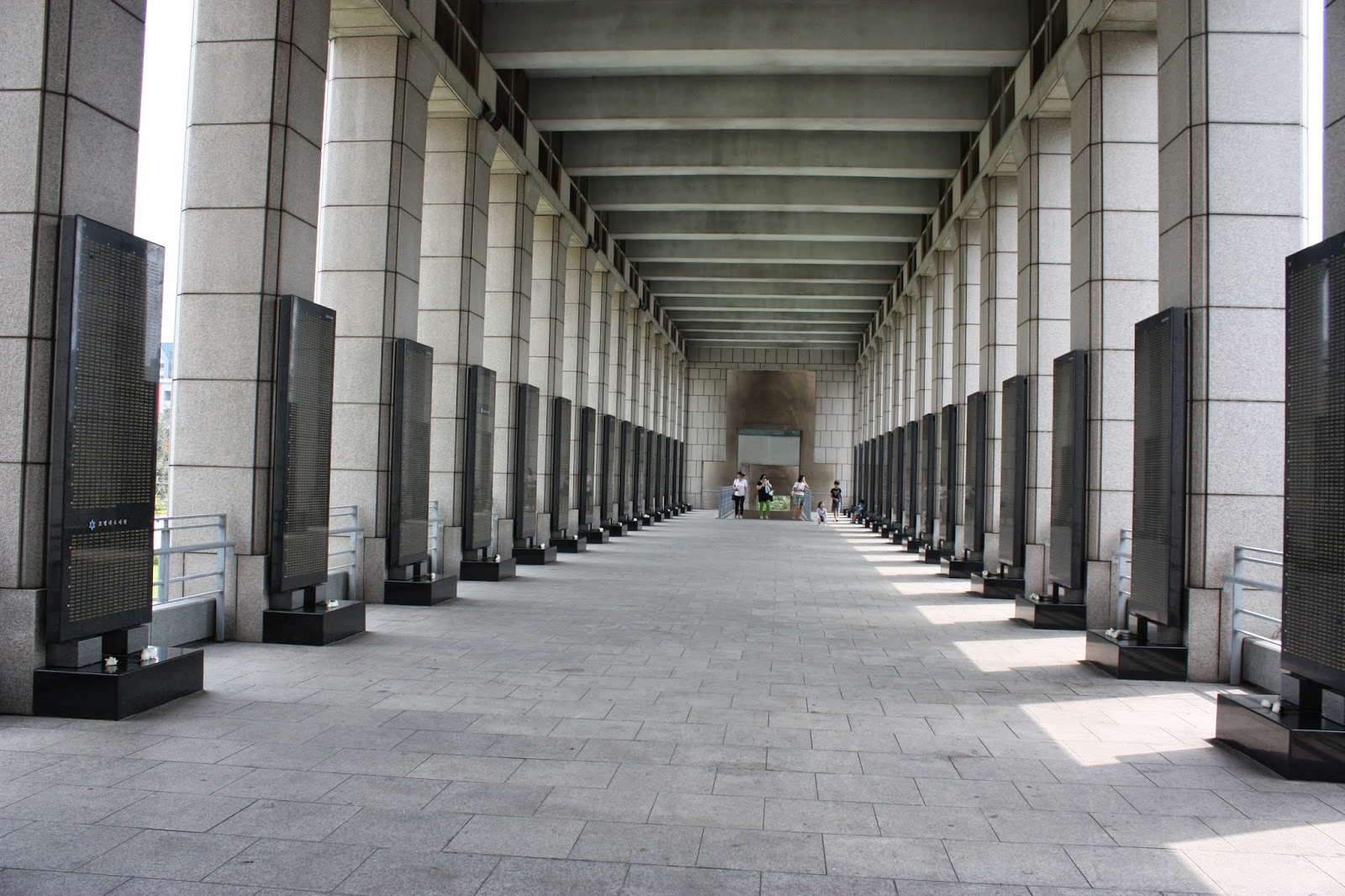 As I sit back and reflect today, I find myself humbled by our visit to the Korean War Memorial and Museum. The first thing we saw upon arrival was the black marble slabs built into the pillars, these pillars contained the names of the Korean and UN forces that died in the Korean War. It was not just one or two of these pillars, but many rows and pathways of them around the entire museum site. It was an amazing experience to be able to see this and it made me appreciate the reality that freedom is not always free. 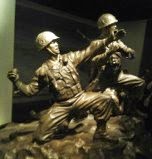 As we continued into the building, we saw paintings, pictures and pieces that were from the Korean War. We watched a video describing the horrors of the war, how many cities were evacuated multiple times, as both sides would gain ground and then lose ground again. We learned of the families that were seperated, destroyed or left homeless because of this tragedy. As we continued through with our journey of the Museum, I couldn't help but to keep thinking back to video, and the sheer horror that the people must of felt, and how 60 years later, the war still has left the Korean people with pain and sadness.

In the United States, the last war that took place on a significant amount of American soil, is the Civil War. We, as Americans, have forgotten the pain of war fought in our backyard; Our veterans that have fought in these wars are long gone, yet here in Korea, many still remain. Many still remember the bloodshed and loss that happened all those years ago.

Humbled by the realization that we cannot conceive the pain they felt.

Blessed knowing that others have sacrificed themselves to let me be free. 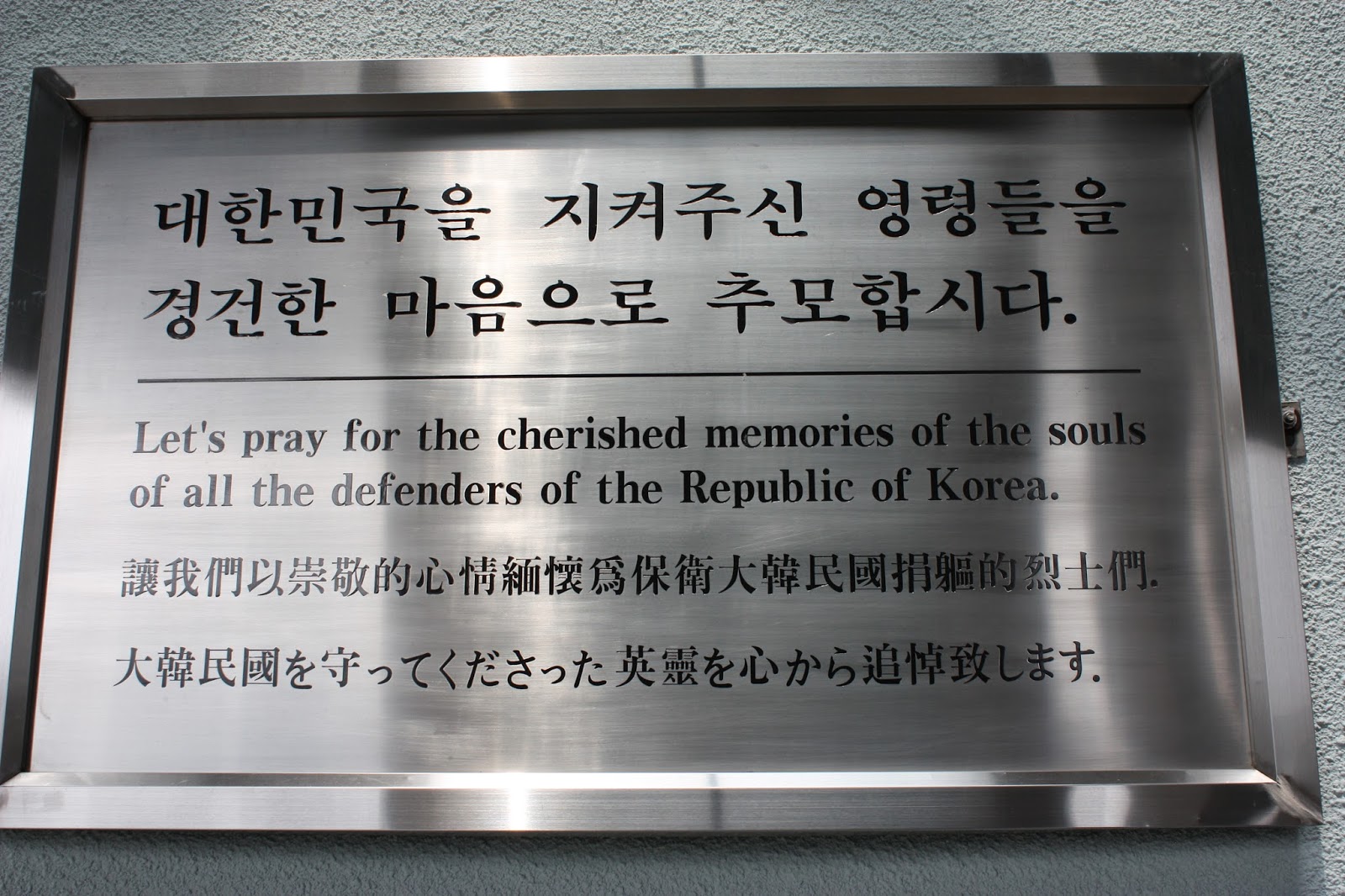 Inspired by a country that has rebuilt itself from the ashes to become one of the strongest economies in the world. Inspired by the city of Seoul, that houses 10 million people, and refuses to quit growing. And Inspired by a people, that are determined to continue changing the world for the better.

It makes for quite the Humbling Experience.