We are so different, but yet the same

Touring today in Seoul, we had the opportunity to start capturing the Korean culture and understanding the rich history that has built this beautiful country.

During the first several days of the trip, I could walk into a room or in the city and smell a wide array of new smells.  I could walk down the street and have no idea where I was.  Hear and see the magpies everywhere on SNU campus and be reminded of the grey squirrels on Penn State campus.  Now that it has been a few days, I am starting to see that we might not be that different at all.
Our Seoul City tour started off today with the getting the chance to take photos of Cheongwadea, the presidential home.  In the United States we have the White House and in Korea they simply call the home of the president the Blue House.   The house was guarded by many civilian and army guards.  On the way to Cheongwadea we passed many small canopies lined up on the street.  It was yard sales were people were selling mostly clothing.  During this time of year, many yard sales are happening back home and I was surprised to see it here. 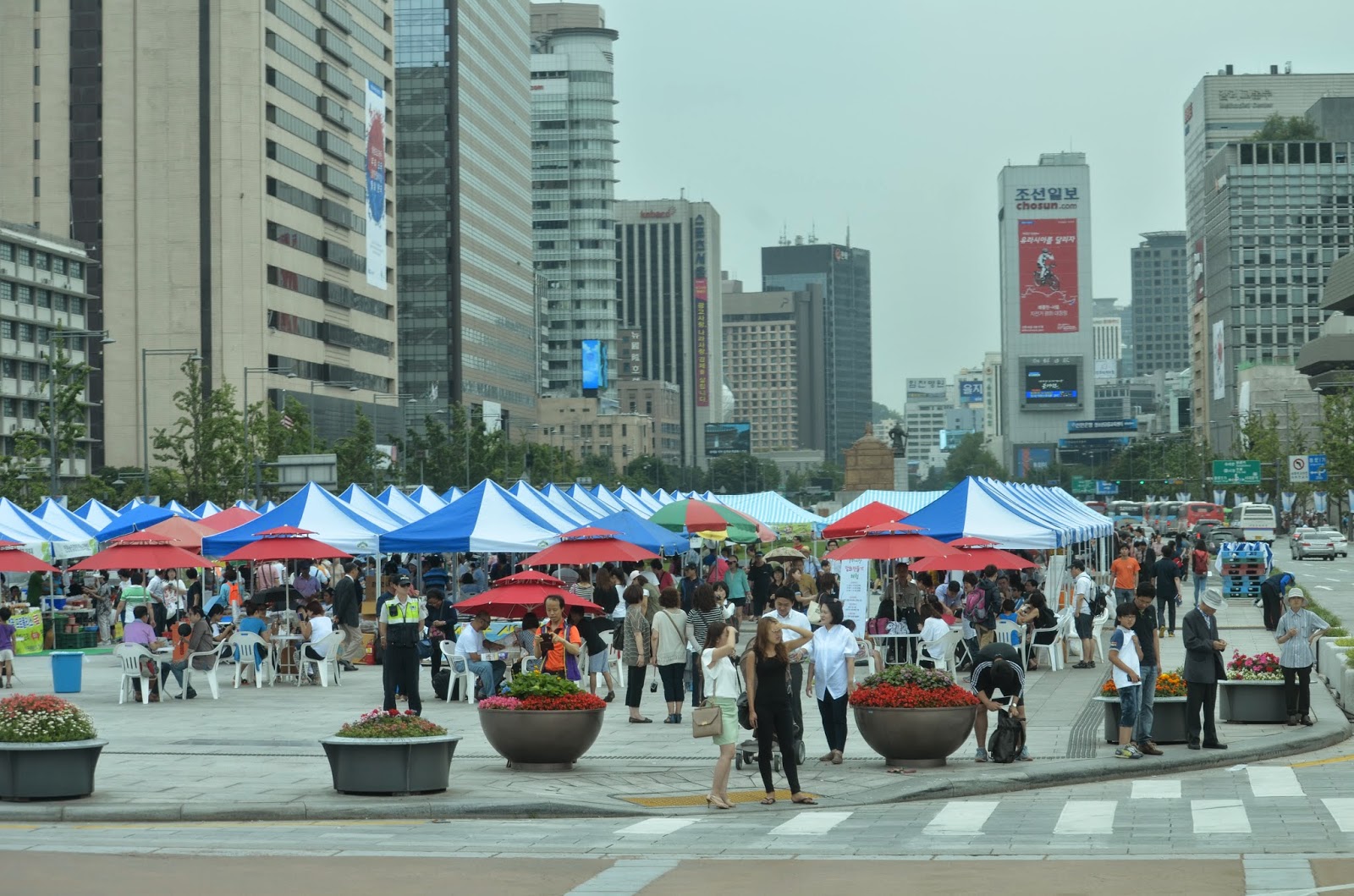 Then we went to the Cheongwadae Sarangchae Museum where we learned about the accomplishments of the former Korean presidents and to understand Korean traditional culture.  Here our guide spoke about the recent ferry incident that occurred in April.   Even though it has been several months since the accident, the country is still hoping for the return of the people who are missing from this tragic accident.   Yellow ribbons line a section of the town for the return of those that are missing.  It is very similar to ribbons that I remember making as a child with my mother during the Gulf War in the early 1990’s. 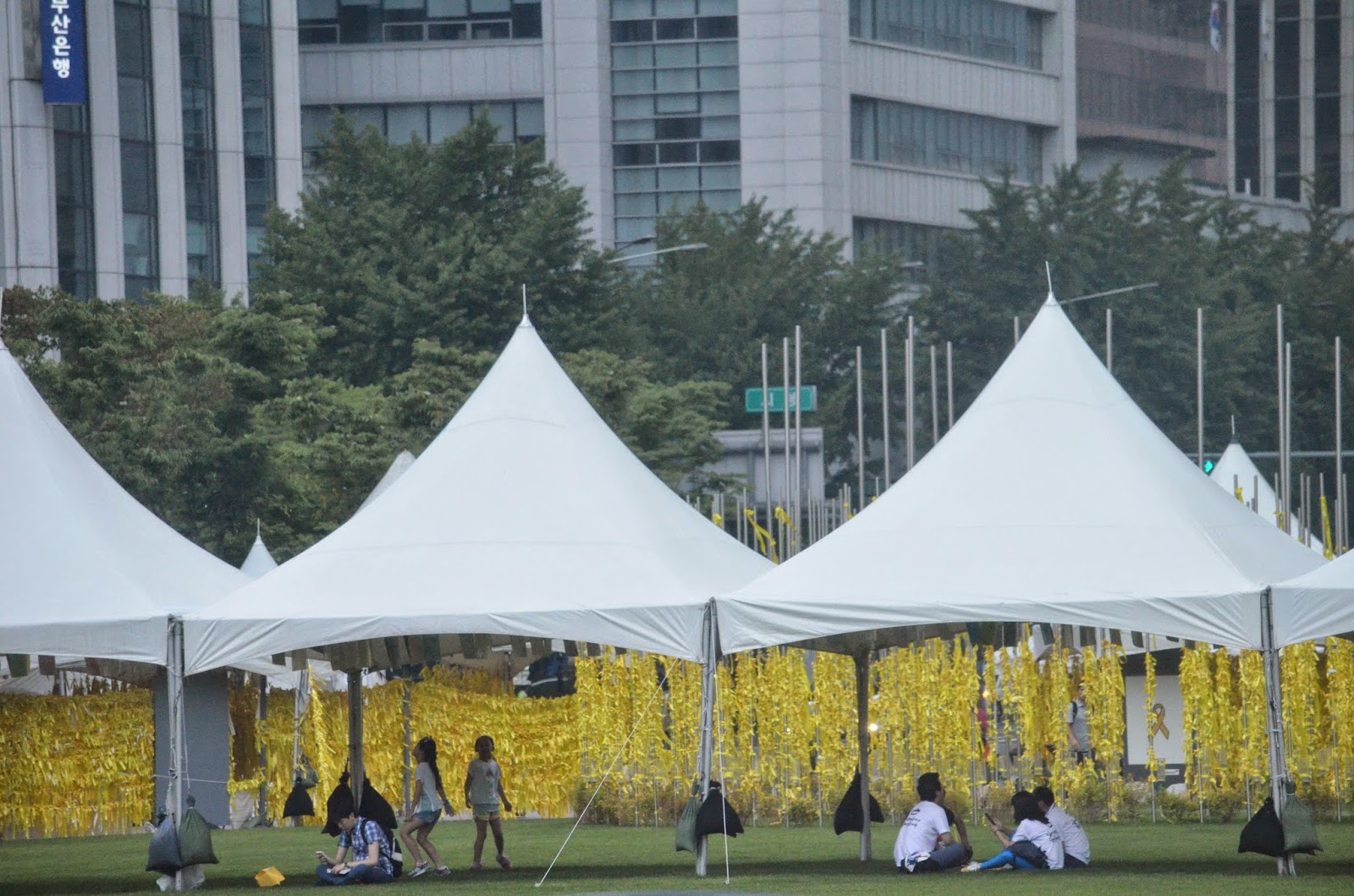 After the museum we headed to the remarkable Gyeongbokgung Palace where we had the chance to watch the changing of the guard and experience life as it was for the royals.   The door ways to the palace quarters where made to be very low so you have to bend over to enter.  Bowing is a sign of respect in the Korean culture.

Then it was a short trip to the National Korean Museum.  Here we had the opportunity to look at priceless artifacts of the country.  Many said it was comparable to the Smithsonian Institute in Washington DC.


As I continue my time here in Korea, I start to appreciate the differences, but yet realize that we are not that different at all. 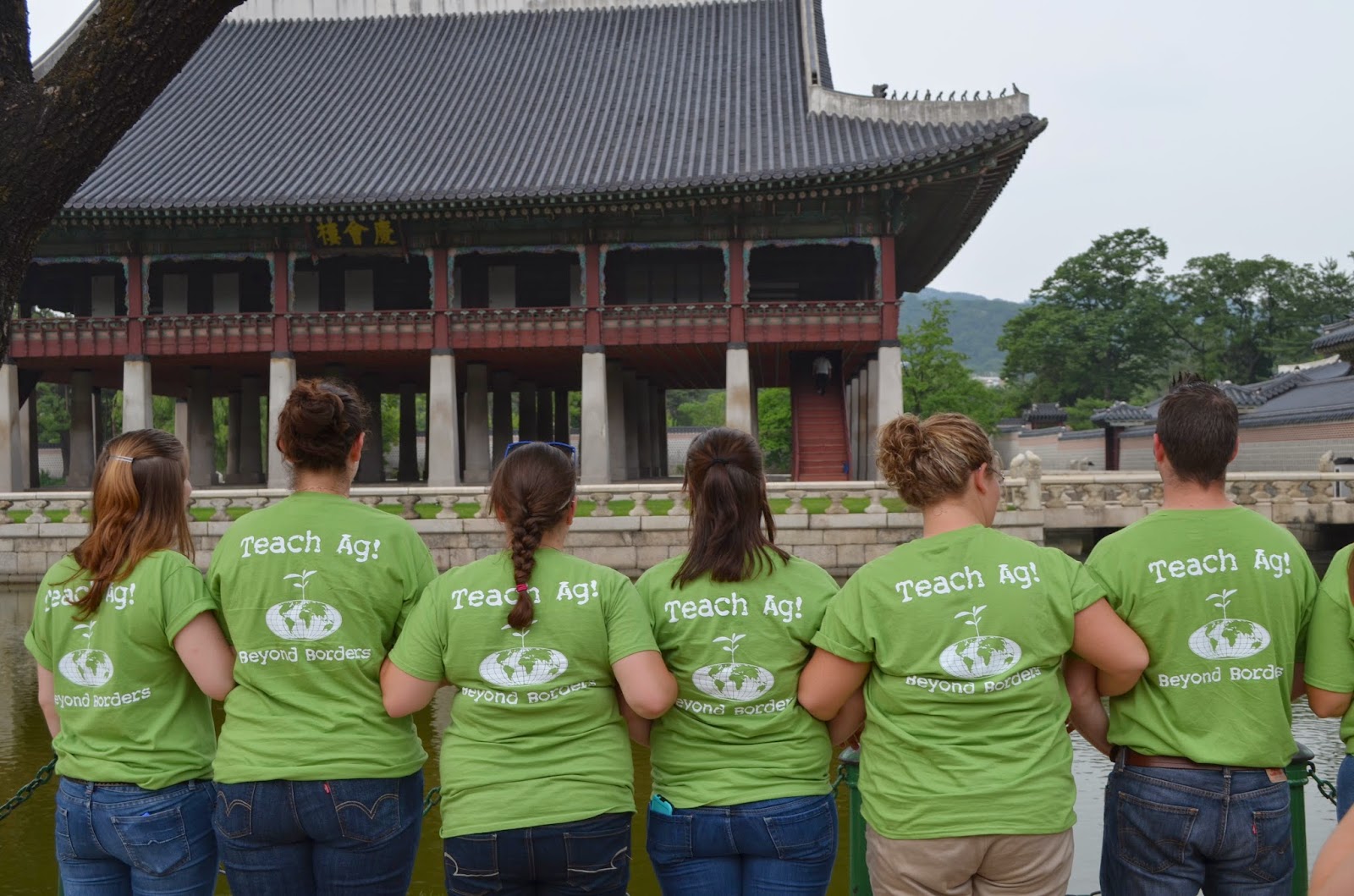