Devil in the Details

When I stepped off the plane and on to Korean soil for the first time I expected a radical change. I had prepared a ton and was anticipating each and every cultural difference to strike me at once.

When I did get to Korea though, I think my biggest surprise was how similar to home it truly is. 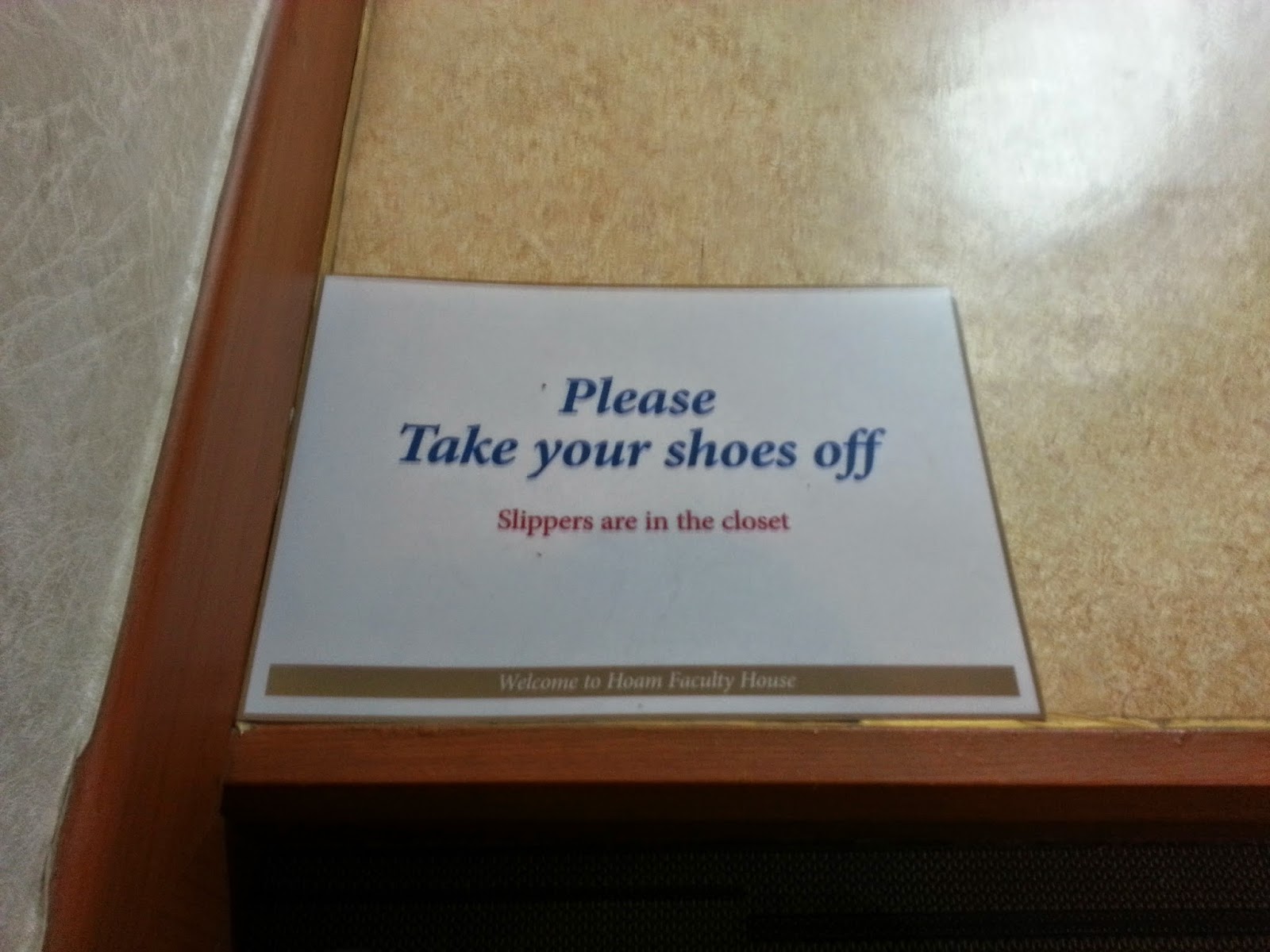 Walking off the plane and into the Korean airport was like walking off a plane into any large American airport. Sure there were many words in Korean, but there was also English translations for almost everything I didn't understand.

Everything else also looked very much like how things in the US looked; the streets were filled with similar cars, the skyline of the city was dotted with skyscrapers, and many of the buildings felt the same as well. What gives the place a feeling like it is undoubtedly a different world is the little details.

Walking into my room at SNU, the first things I noticed were a little sign on the floor telling me to take my shoes off before going further and a tea set sitting on the counter, two things I would never expect to see in the States. This trend continued when I woke up for breakfast, the surprise came when I saw salmon and kimchi sitting next to the morning's bacon and eggs. Differences like these keep popping up as I got used to: using the different electric plug system, stooping down like Buddy from the movie Elf in the small shower, and controlling the air conditioning from a remote by my bedside.

Being in the city also proved familiar yet different. The buildings and atmosphere all made it feel like any other American city yet the details made it distinctly Korean. I would often pass by a stand serving street food while walking near buildings, something I would also expect in the US, but on closer examination I see something I never would see back home, the store would have tanks of live octopus and squid that they are serving fresh right there on the street. The type of items being sold also varied greatly in the Korean marketplace, there were things from giant used book stores to electronics store much bigger than any I had seen back home.

Furthermore, the integration of Korea's bigger companies is ever-present throughout the city as signs for Samsung and LG are featured far more prominently than anywhere else.

The entire city feels like someone filled a place like NYC with an entirely different culture.
Overall I think this contrast of the familiar and the exotic has provided an important quality to this trip. It prevented me from going into total culture shock but still keeps things interesting. It also manages to keep each and every day feeling like an adventure as I run into more and more things that I know nothing about.
Posted by Tyler Schaeffer at 5:59 PM