Think about walking down the main street of your town. What do you see? A library? Post office? It's rare to imagine this ordinary scene...and then add a palace. Or a city gate. Yet here in Korea, that is exactly what you would find.

Evidence of societies on the Korean Peninsula dates back to 8000 BC. What's even more awesome is some of this evidence can be seen all around the city. Seoul alone has five palaces and many more gates.

Today, while in Suwon, we visited Suwon Hwaseong Fortress and Hwaseong Haenggung. This site was built during the 1790s by King Jeongjo, a member of the Joseon Dynasty. Standing at 5.7 km long and 4-6 m high, the wall helped defend the city that lay behind it. On other sides of the city, were various buildings as well.

We began our adventure by taking part in an archery experience. It was interesting to see the way that using these is different from modern bows. However, it was also a lot harder to use them. All of us stood in a row while the tour guide explained the best way to shoot. Hardly anyone was able to make their arrow stick in the target.

A little later on, we went to another part of the palace. Here, we witnessed a martial arts performance. Various groups demonstrated how swords, spears, and hand to hand combat worked. Each of these were a little bit different than what I would have imagined. For instance, the spears are actually flexible. 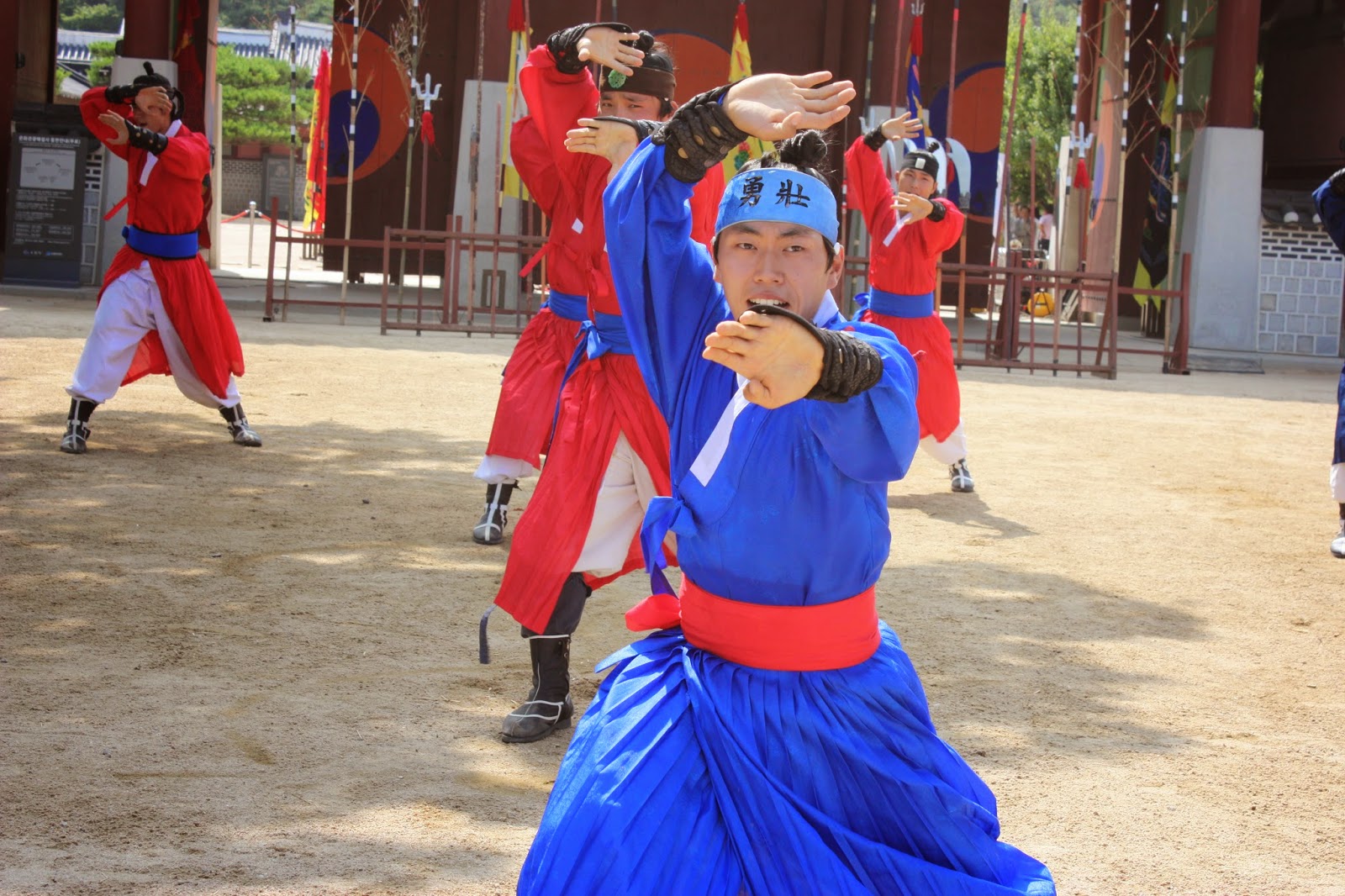 The last part was a trolley ride around the city. This was a better way to see how much of these buildings are placed around the city. The wall and gates went through parts of the city where a lot of people were. It was awesome to see part of the old city mixed in with everyone from the modern parts.

All of these sites, like the one in Suwon, are almost commonplace. While walking around the City Hall area, we passed three historical structures within an hour of each other. And the structures are seamlessly integrated into the rest of the city. You could pass by one on the way to work and take notice of it, yet it wouldn't really look out of place. The buildings all look like they belong where they are.

The best part though is that people get to see them all the time. Anyone walking around can just  admire their beauty while shopping in a certain section of the city. These national treasures are completely accessible for anyone. Because of that, I feel it is much easier to appreciate the culture. A foreigner can see bits of Korean history and learn about it. And Koreans are able to be more in touch with their own history. Sometimes repeated exposure to something can help a person grow to like it more. I hope this works the same way. Hopefully, some people ask questions about it and try to learn more.

Posted by Cassidy Cheddar at 5:28 PM