Take Me Out to the Ball Game!

Happy Independence Day to the United States of America! Thank you to all who have given of themselves to serve our nation and those who continue to serve as part of our armed forces to allow the United States to be the beautiful land of the free and home of the brave. We honor you!

While today marks our 238th birthday as an independent nation, we obviously weren't able to celebrate the traditional way at home with parades, barbecues, fireworks, and other family festivities. Good thing we had each other!

We all spent our fourth of July evening with a traditional American past and present time activity....watching baseball! It was a lot of fun, and made us feel a bit like home. We attended a Korean professional baseball league game where we witnessed the Doosan Bears beat the Samsung Lions, 5-4. 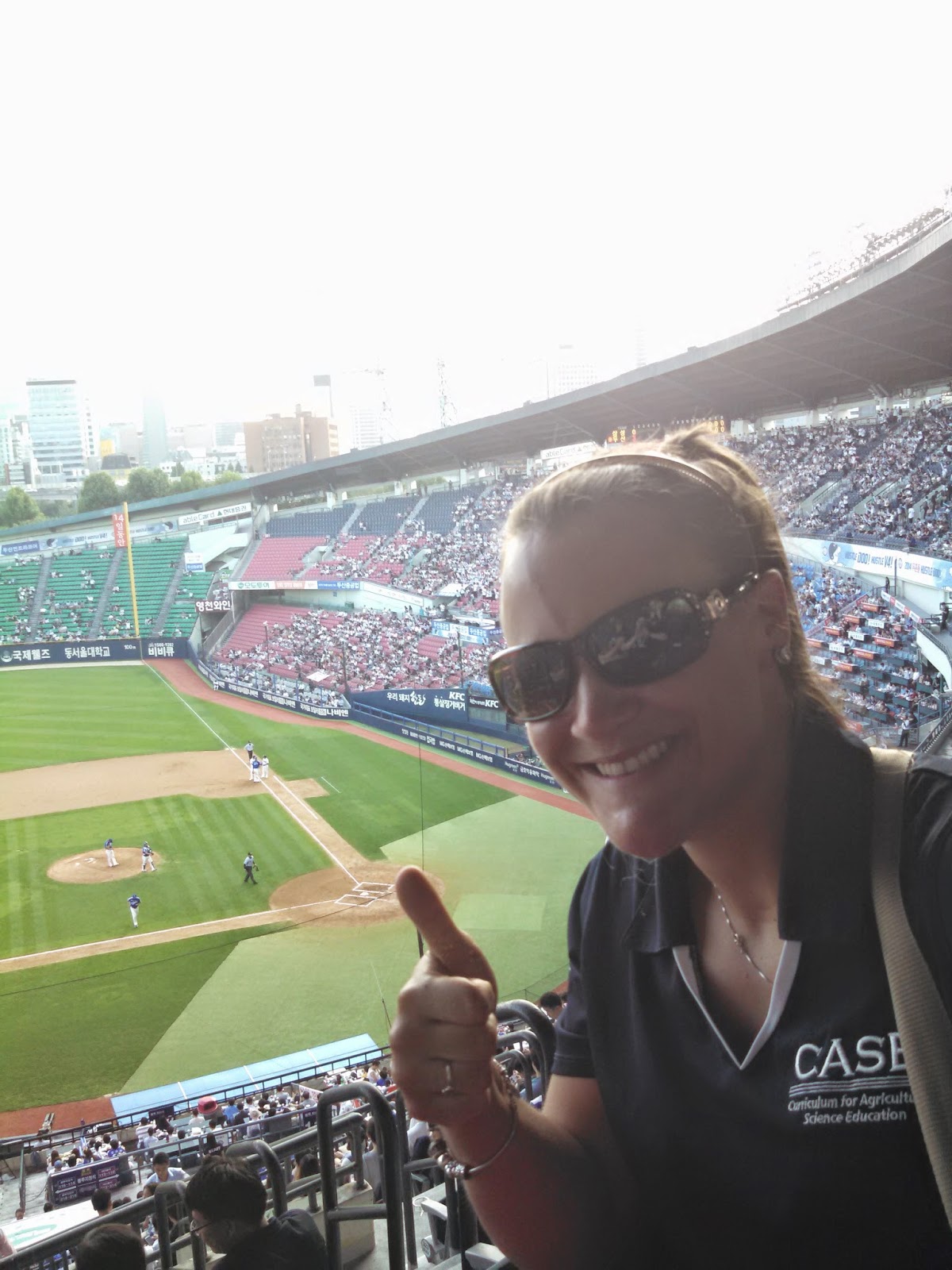 While the stadium wasn't quite as big, and there was no announcer, I have to say, it was very interesting. Korean fans are quite coordinated and persistent about chanting out a variety of cheers for their team. Cheerleaders get the crowd going for each team, as well as a male "team spirit leader" and two drummers. Many chants had tunes that sounded familiar to our own tunes, so we even got into it and cheered on the game! It was a neat experience. It was neat to be in one of the sports complex facilities that was utilized for the Summer Olympics in 1988.

Another difference in the professional baseball atmosphere were the food choices. While there were no hotdogs or french fries or popcorn or other traditional ball game foods we have in the United States, we had to settle for Burger King, KFC, or dried squid!

All in all, this was an awesome experience. As a sports fan, I am glad we got to part-take in the game, especially on our nation's special day of celebration.