They say a picture says a thousand words so here we will be able to read a couple thousand word report on Korea in only a few minutes.  This picture tour of Korea should provide a cursory view of what the ever enigmatic country is really like. 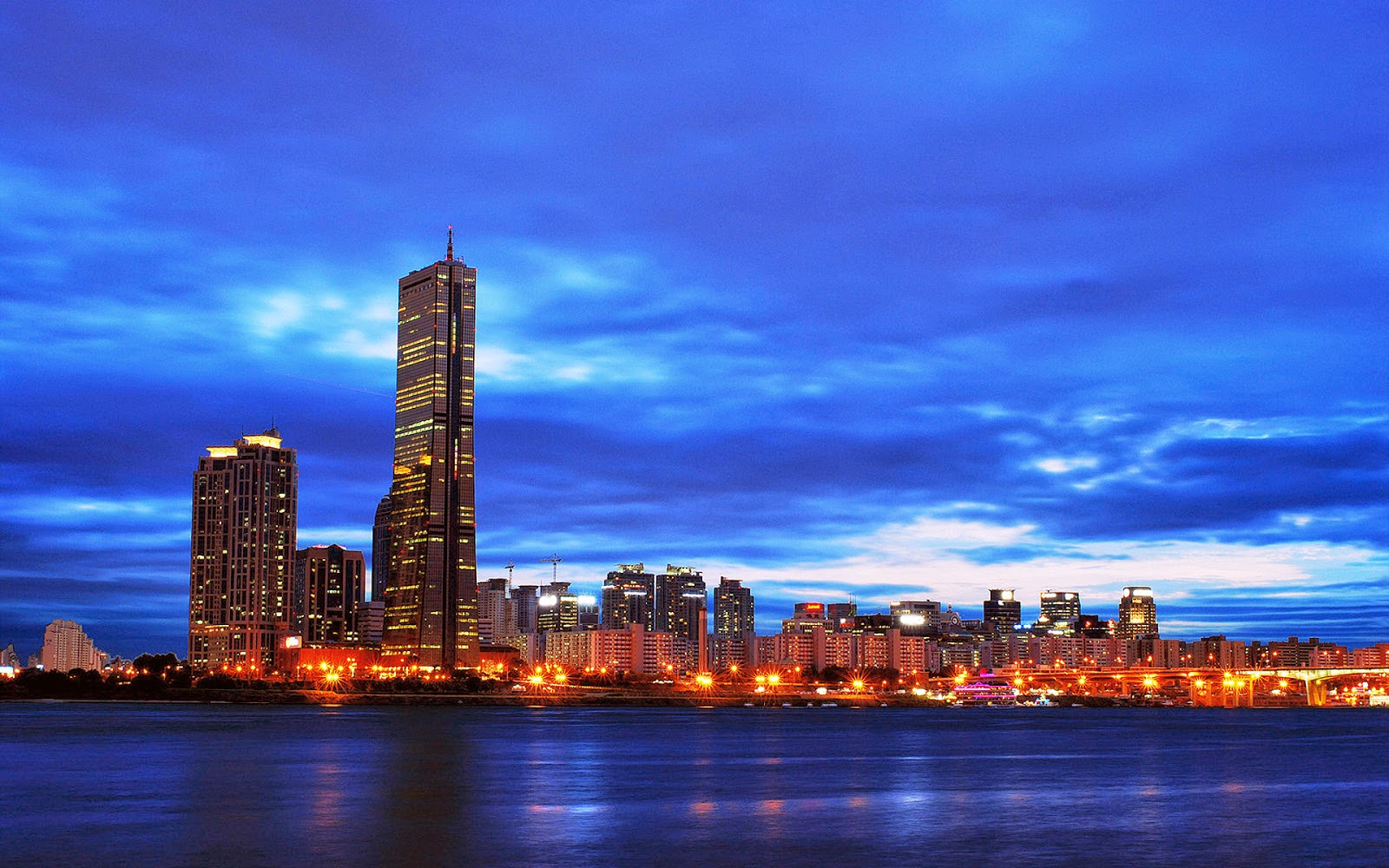 To our left we have a breathtaking picture of the Seoul  skyline, the capital and largest city in Korea.  Including the surrounding metropolitan area, this is where over half of all Korean citizens live. The city is a central hub of government, culture, and economics, drawing in hundreds of thousands of foreign visitors consistently. I know that I have never been in a city near this size and am really looking forward to seeing the megacity in person. 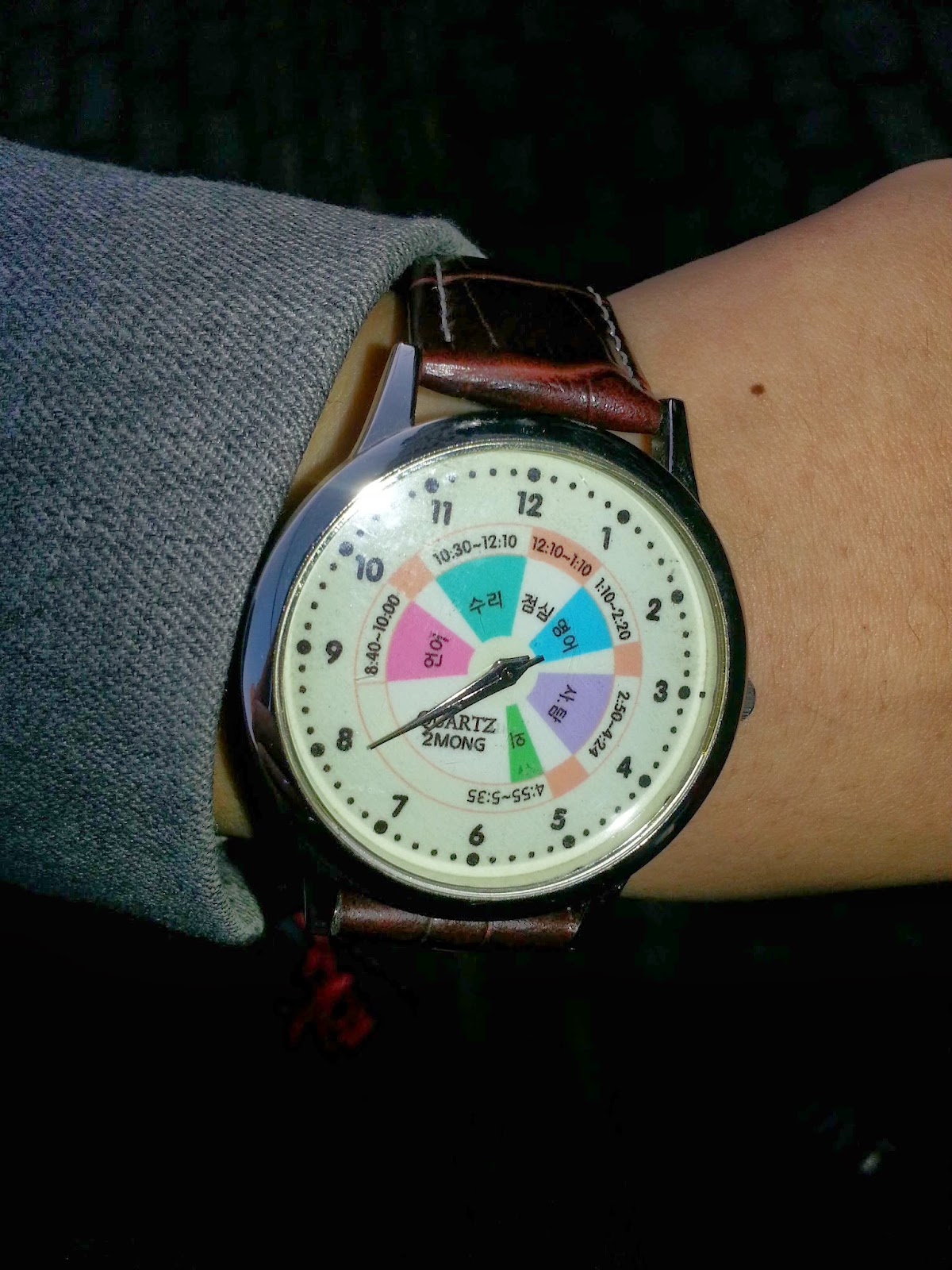 In Korea, schoolwork is taken incredibly seriously and is measured on a final tests that basically decide the student's post-secondary education. These test fall under multiple periods and students practice monthly at the minimum. On our right, you can see an example of a clock used in Korea to measure the testing periods offered.  On this particular clock pink is Korean (which involves grammar and literature, similar to an English class here), aqua is math, lunch, blue is English, purple is society/history/geography, and green is an extra elective test. This very clearly demonstrates the importance of these test to the population of Korea.  It will be very interesting for us, as Americans to see the differences in how we handle education and how it is handled there. 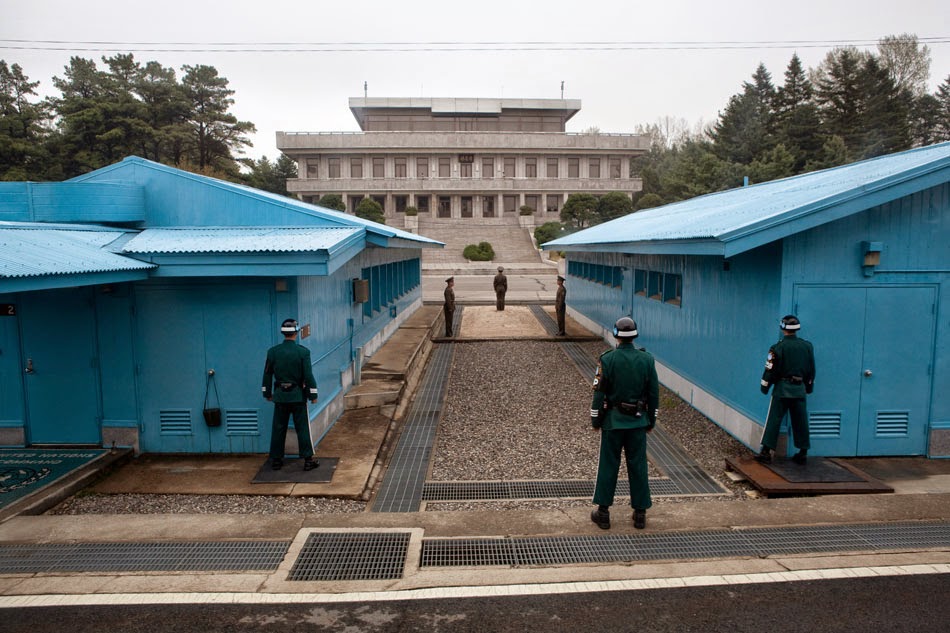 There is obvious tension between North and South Korea, this is something that is very well known at this point in time.  The countries have separated and left a dematerialized zone in between themselves, know as the DMZ.  This zone serves as the boarder between these two reluctant neighbors and houses soldiers from both sides.  In this picture to our left, you can see the South and North Korean troops guarding their respective end of this tense zone.  Though nothing has gone wrong here so far, it is still something that many view with extreme trepidation. Since the DMZ is one of the stops on our trip, we as a group are rather nervous yet excited to see how this area of extreme political turmoil manages to function. 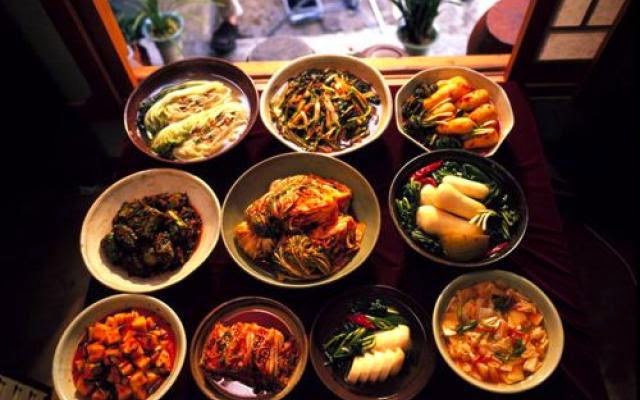 Food, the one thing we all think of when we think culture. Our group has already sampled some Korean food so that we can begin to garner an understanding of what it is about.  Korean meals are traditionally served with a few bowls of community food that everyone is free to partake.  The traditional meals often feature some kind of meat or fish, rice, a type of pasta, and (the famous Korean staple) kimchi, which is Korean cabbage.  At meals, the typical drinks are either a type of tea (usually a strongly brewed green tea) or an alcoholic beverage (soju being the most popular of these). I know that I am very excited to be trying out Korean food and drink so I know the rest of our group is as well.
Posted by Tyler Schaeffer at 10:00 AM

Email ThisBlogThis!Share to TwitterShare to FacebookShare to Pinterest
Labels: Preparation for Korea, Tyler